It is actually quite a while ago that I finished sewing it, but I haven’t found the time to blog about it. I take that many photos of the process of sewing the mouse, but I’ll show you the few I did take.

Last time I blogged about making a stuffed toy, I had cut out the fabric. The next step was to sew all the pieces together and I made a quick plan in my head of the process – I decided by starting with the head and working my way down; so first of all I needed to sew on some eyes. 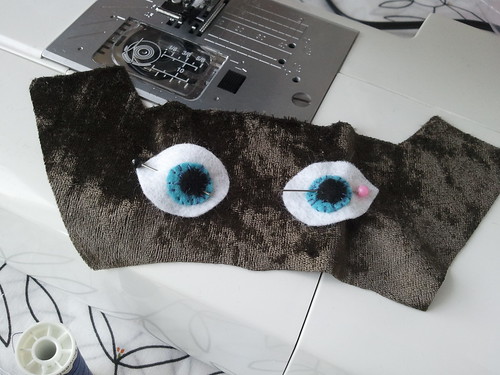 Here’s the mouse half finished… 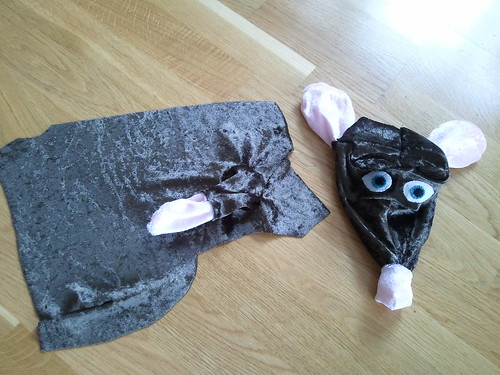 I made the bottom heavy by filling it with plastic pellets and stuffed the rest of the mouse with light fluff. 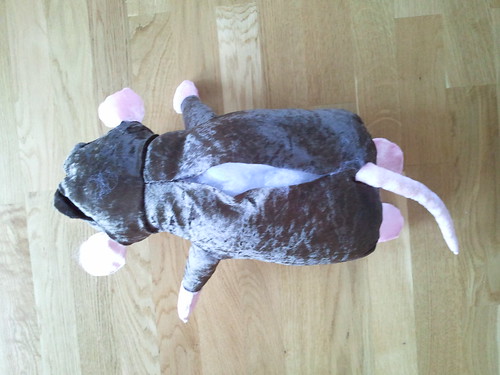 And voila! A finished mouse… 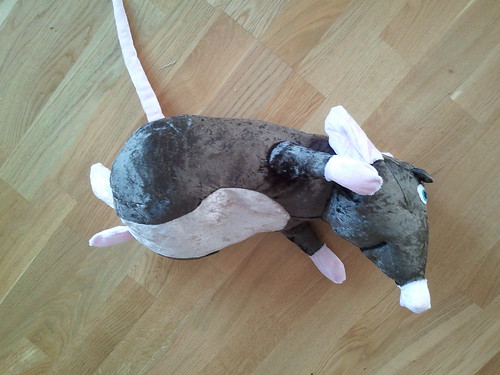 The tricky parts of sewing this was to remember to fill the paws and ears with stuffing before sewing them on and then also attaching the ears turning the right way around (for some reason this was difficult for me and had to do it over twice!).

We haven’t named him yet, so far is just known as ‘musen’ (the mouse). 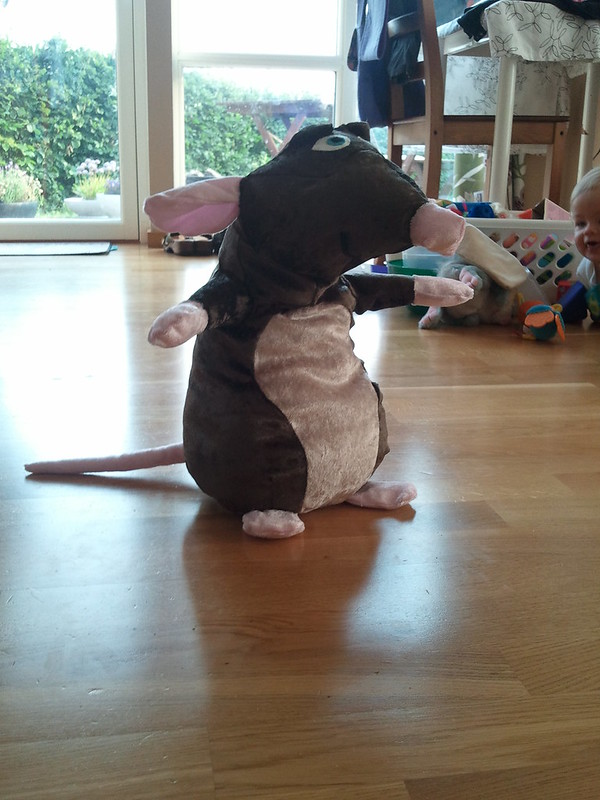 One thought on “Sewing: The mouse is finished!”