I have taken the time to sew quite often these past few days, and now the bag actually looks like a bag,  but is not yet totally finished – I still need to add buttons and their holes!

But to get this far I had to do a lot of pinning, basting and sewing – and along the way I made a few mistakes, because let’s face it: I am still learning how to sew. 😉

Last time I blogged about the bag project I had only cut the fabric and hadn’t done any sewing. That was just step 1 out of 12 – now I will tell you how I made my way through step 2 to 11.

I stay-stitched across the top of the felt bag pieces and flap and the ends of the straps. I had never heard about stay-stitching before so this was a new thing learned. Then I top-stitched a fancy line pattern to the front piece of the bag.

After turning flap right side out, I pressed the seams flat and top-stitched around the edge approx. 6 mm in. 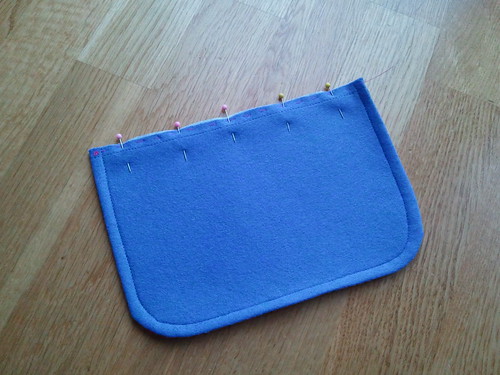 The pattern has a fancy line pattern that you top-stitch across the front. 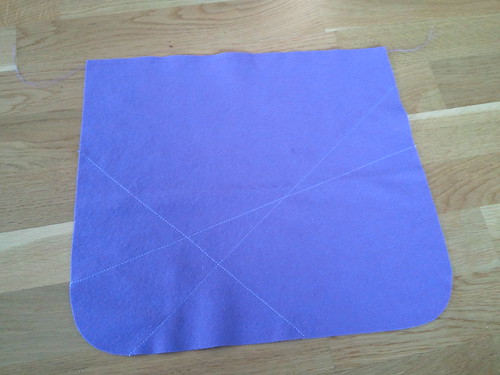 Next the felt bag pieces was sewn together. As always first pin and baste… 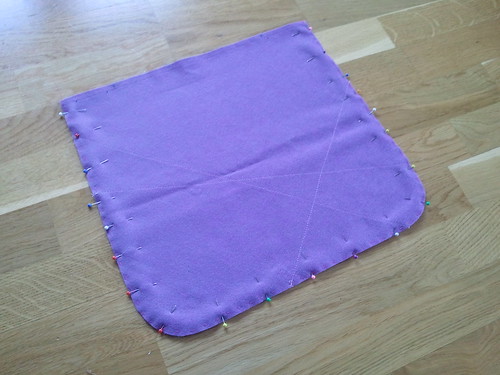 The book tells you to sew the seam twice for strength. This is another sewing tip learned. Then remember to notch the rounded corners after sewing. 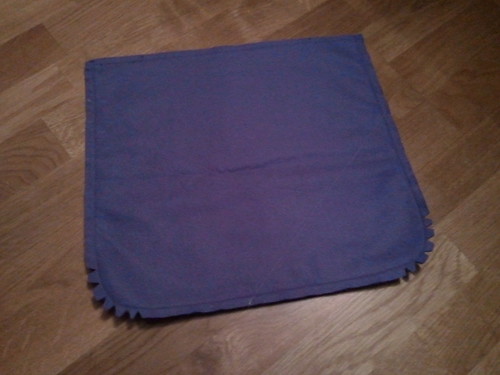 Next turn right sides out and press seamed edges flat. Tadaa.. so far so good. 🙂 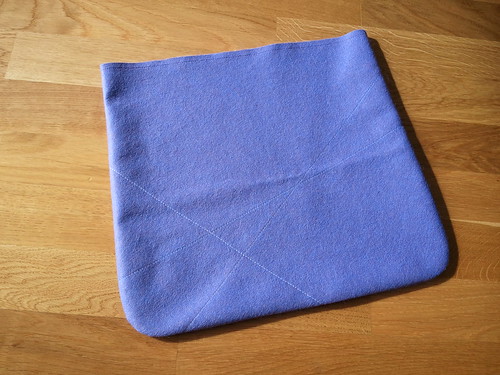 Then I repeated the steps for the outer felt fabric with the lining fabric. 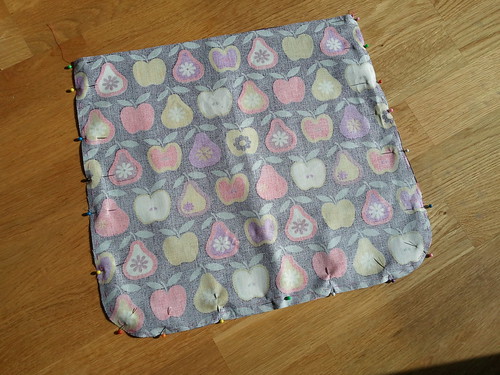 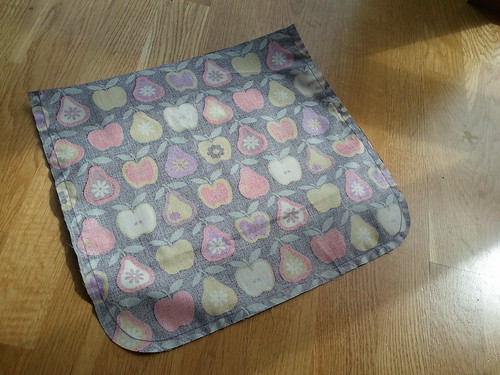 Then it was time for the flap. First I ironed on the interfacing to the lining. This was my first time ever ironing on interfacing, so I learned to do something new again! 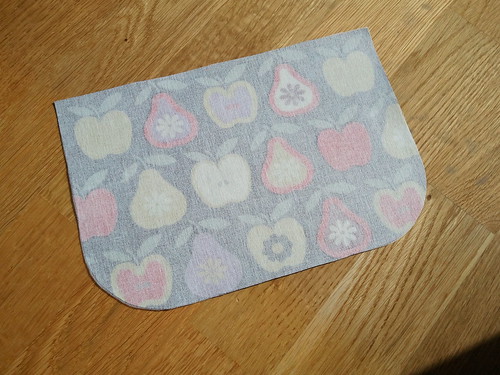 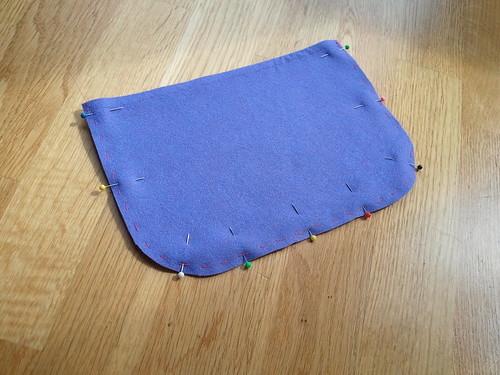 And voila! The flap is sewn together. Here I learned how to do layering: trimming the seam allowance to reduce bulk. 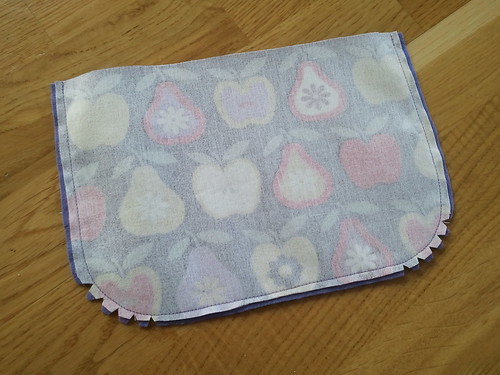 The I moved on to do the straps…. and I began making mistakes. 😦

Can you see what I did wrong here: 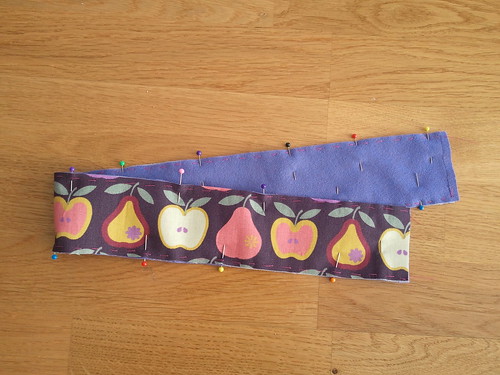 … I didn’t put the right sides together. I actually pinned and basted both straps before noticing. Luckily I hadn’t begun to machine sew before I could correct my mistake. 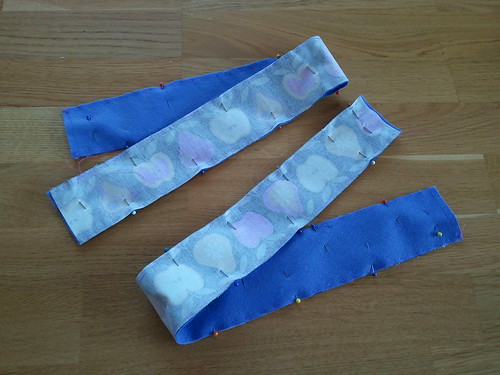 Then the book tells you to sew down both edges and then to also sew across one end before turning the straps right-side out. 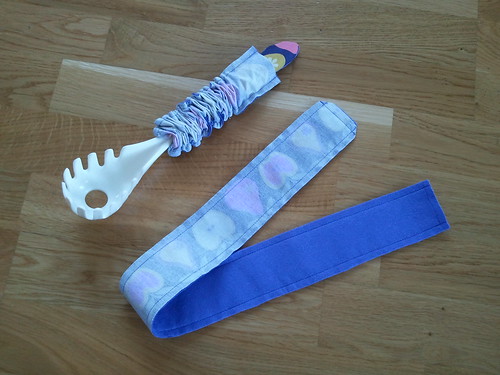 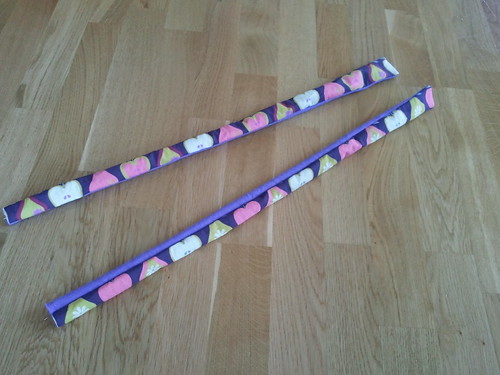 And then I made my second mistake! I didn’t read the instructions carefully enough, because if I had, I would have unpicked the end stitching, but to make matters even worse I begun to slip-stitch the other end, and managed to to this very nicely to both straps before realising the error I had made. 😦 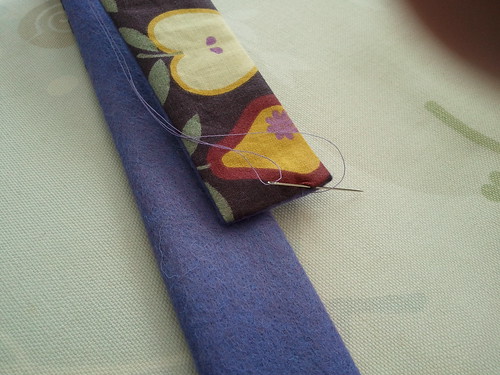 The lesson I learned here was that you only sew the end of the strap to make it easier to turn right-side out. It is just to aid you, so remember to unpick the stitches afterwards, otherwise you will have too much and unnecessary bulk at your seams.

I unpicked both ends of both straps and continued on with step 9 which is to attach straps and flap to the outer layer of the bag. As always: pin, baste and sew. 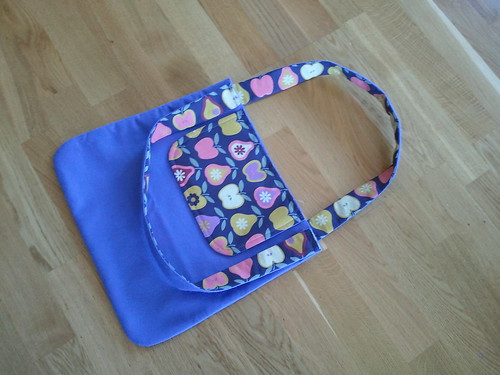 Step 10 is to attach the lining. It was here that I noticed that I had forgot to notch the lining around the corners, but better late than never. 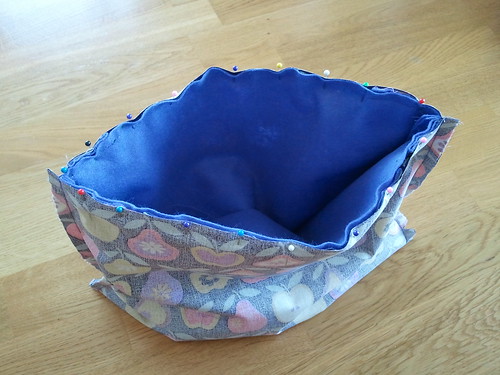 You sew the seam twice for strength and then layer the seam allowance. 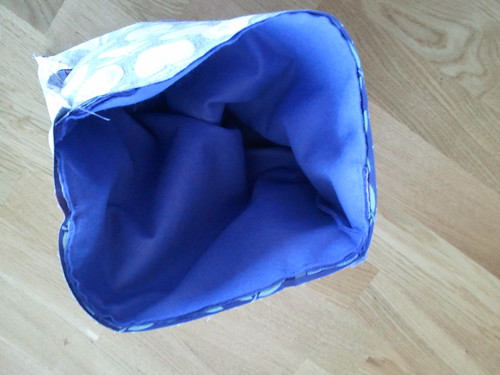 Now the bag actually began to look like a bag, because now I turned the bag right-side out through the gap left in the bottom of the lining. 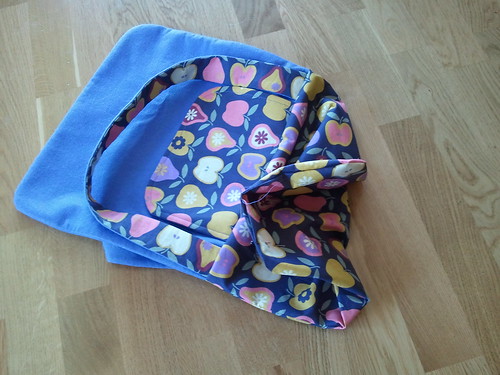 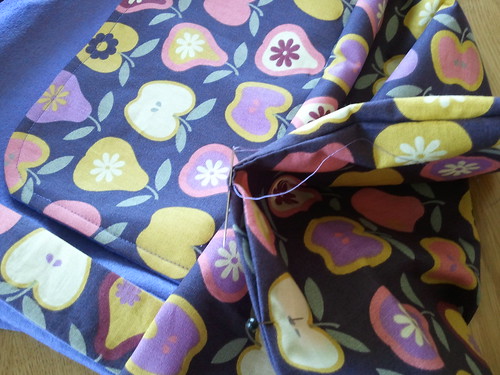 And this how far I am with the bag project now. But…. I have just noticed one more mistake! And again it has to do with the straps. I forgot to top-stitch down the edges after turning them right-side out. And now they are already sewn on the bag with lining and all, so I will see if it is possible to do as an afterthought. otherwise I will have to leave it as it is, and none but me and the few that read my blog will be the wiser. 😉 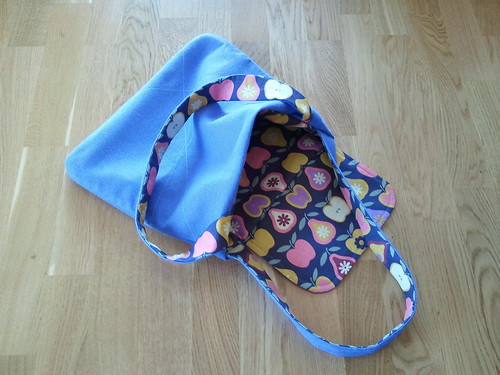 Next and last step to this project is buttons. I have never done buttonholes before, so wish me luck!

One thought on “The bag is almost finished!”